After yesterday’s record-breaking temps (high of 78!!! Windows open and house heavily pollinated….), I decided today was a good day to head west with dad for some wine.  It rained on us when I picked him up but by the time we were on 66 Westbound, we were in good shape and could see blue sky ahead of us.  Good time!

We made our plan, a nice stop at Linden, to be followed by crabcakes at Talk of the Mountain seafood in Front Royal.  We had their incredible crabcakes twice the previous summer at Winery at La Grange, and now the owner, who is incredibly cool, has set up shop inside a Liberty Gas Station in downtown Front Royal.

We got to Linden about five minutes past opening, and yet there were three groups at the tasting bar!  I think two of them were there for the Evolution Seminar, in which you can hear the winemaker, and sometimes even Jim Law, speak about the wine and the different growing years, and what they’ve learned.  The tasting menu had not changed dramatically, with I think two different wines on it since my last time there.  We started with a Sauvignon blanc.  Previously it had been the avenius.  This one was good, but it lacked the brightness and fullness that the avenius has. 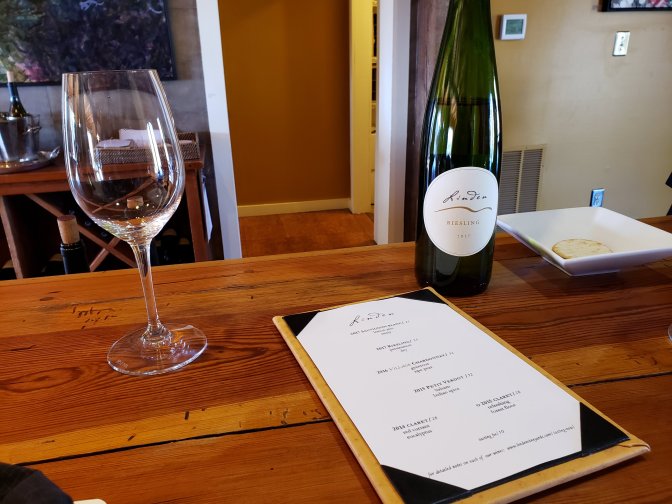 The 2017 Riesling was next.  This version has 0.5% residual sugar so there is a faint sweetness to it, but it doesn’t overwhelm you.  It has nice crispness and the sweetness feels almost like honey, but it isn’t honey.  I enjoyed it, and bought a bottle for dad and one for me.  I have some other riesling in the wine fridge and we can do a summer riesling on the deck event hopefully.

The third wine was the 2016 Villages Chardonnay, the mix from all three Linden vineyards.  One of the women at the counter was sharing that for Boisseau vineyard it was a very hot summer and the quality was not as high as they wanted, so they took that lot of chardonnay and blended it with some from hardscrabble and some from avenius and called it a “Villages.”  I find this chardonnay crisp, airy and fun.  Dad and I split a bottle of it on the deck with a charcuterie board.

Our old friend the 2015 Petit Verdot is still on the menu.  In typical PV fashion this had some bite to it, and it made me reflect a little and share with dad that the PV at Arterra and a few other places is smoother, and there is some secret to what they are doing that decreases the tannic bite.

Finally the menu ended with the 2014 and 2015 Clarets side by side. I’ve had both of these previously and the 14 felt more acidic than the 15, but it is softening.  I still prefer the 15.

Like I said we had a Villages Chardonnay on the deck with a charcuterie board.  It made for a gorgeous start to the afternoon looking out across the vines while sipping and snacking.

After crabcake sandwiches that I failed to photograph and the most amazing hushpuppies, we headed to Chester Gap. 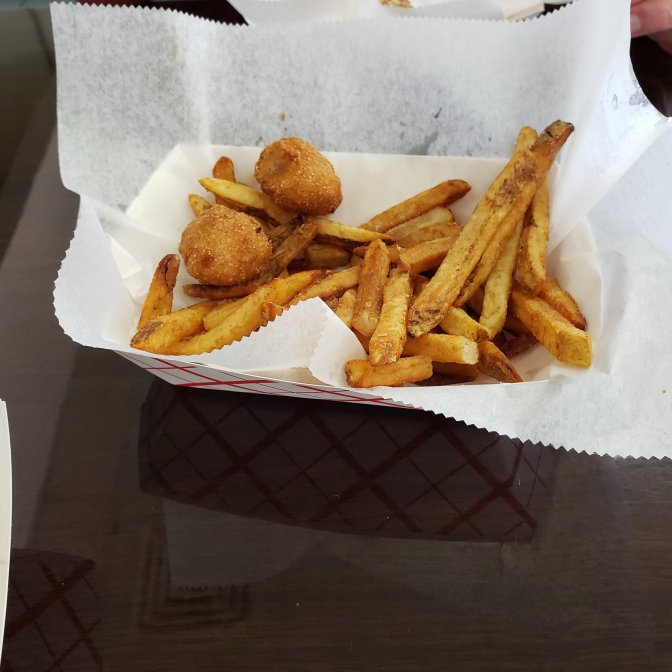 Finally, on to Chester Gap Cellars, home of incredible views and an astonishing Reserve Viognier. 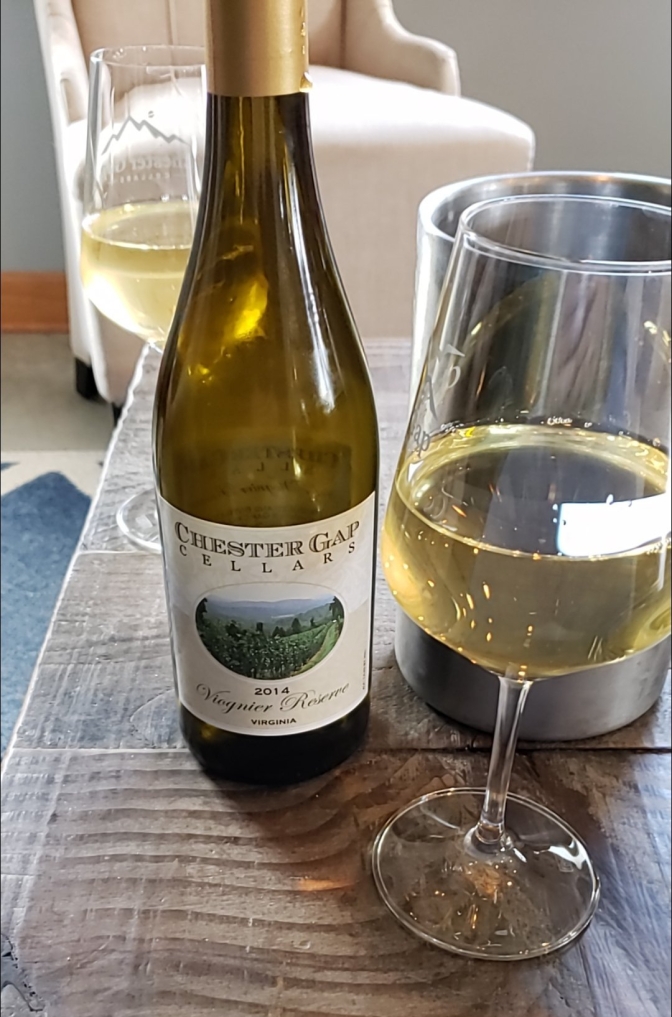 Dad and I came in and it was much more crowded than I expected – the tasting bar was full and the two men working it (who I think may have been the owners?) were quite busy.  We just got the bottle of Viognier to split there and sat in the corner to enjoy the space.  Some folks braved the outside and the owners even brought them blankets to keep them warm on the deck.

The view on the deck was totally worth it: 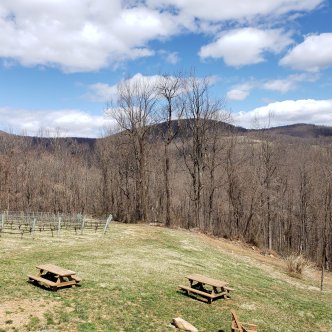 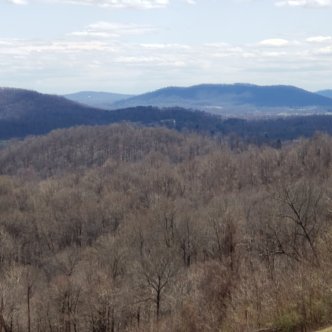 On their instagram feed they showed an amazing waterfall on the property, and I’m holding out for Viognier by the water this summer.  That should be incredible.

That was it for Dan and Dad’s wine adventure this weekend.  No new spots, but two that I love.  These are ones we will visit again and again.

One thought on “Sunday Excursions with Dad”